Men Are Not The Enemy 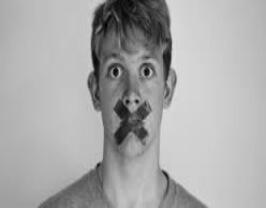 We are fighting for women equality, women rights , women safety ..Is there any one who is thinking about men’s rights ??

No our society has made –ve perception about men’s…but we forget  commonly used slogans  in our society  …”GIRLS  ARE DADIES  GIRL”  Where as “BOYS ARE MUMMYS BOY” .

If we notice they both are of opposite Sex but they have best bonding among god’s creature.

But we forget that with this thinking we made long gap between gender. We are only responsible for those men who are not being heard and they are paying for someone else’s barbaric acts.

I am trying to spread message of right to equality

We all known that According to India constitution we have…

RIGHT TO EQUALITY –It means we all have  equality before law, prohibition of discrimination on grounds of  race, caste, gender , religion or place of birth, and equality of opportunity in matters of employment,

We should remove untouchability and  titles.from society.

Right to equality is provided from Article 14 to Article 18 of Indian constitution.

Men, women all should be looked equally and not judged by their gender. If a man is being accused we should not just assume that he is guilty and there should be proper investigation held.