Mantra To Be Happy 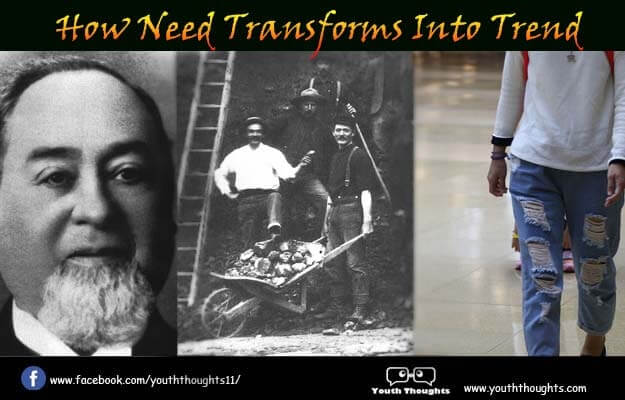 As for modern day Jeans become a trend but the history of  jeans really introduced when a Bavarian migrant named Levi Strauss delivered denim or dungaree cloth to America in 1853. He was located in San Francisco at the time, when the Gold Rush was at its zenith. Men were going west in exploration of fortune and would expend months camping out in often unfavorable climates; pants made out of ancient and traditional fabric would be razed within a duration of weeks.

Blue jeans, though, were impeccable for cowboys and miners alike. And it becomes popular for polo players. Their pants could easily be damaged if they drive through briers on a horse, and  it’s not very elegant enough to ride in front of a group of bystanders with a great gaping hole in your pants or trousers.

Even now polo players wears blue jeans and even among the people jeans with lot of transformations and fascinating designs and experiments becomes a trend.