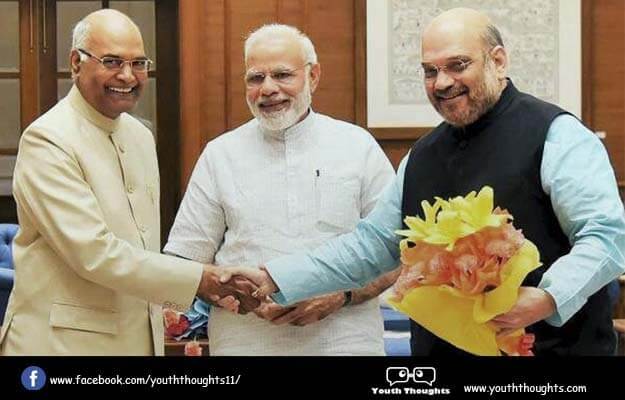 NEW DELHI: Previous Bihar governor Ram Nath Kovind will become India’s 14th President and the first RSS man to captivate this role, winning a contest decided by cross-voting in his favor in West Bengal, Maharashtra, Gujarat and Goa as well as amid Rajya Sabha and Lok Sabha members.

Kovind, who will be vow in as President on July 25, conquered the opposition aspiring candidate, earlier Lok Sabha Speaker Meira Kumar who get only 35.35% votes, in a single-sided match by accumulating close to 65.65% of the votes. BJP executives calculated that Kovind got around 115 extra MLA votes above the NDA member in states.

BJP accomplished in dragging votes from the opposition parties in four states as well as in Parliament.